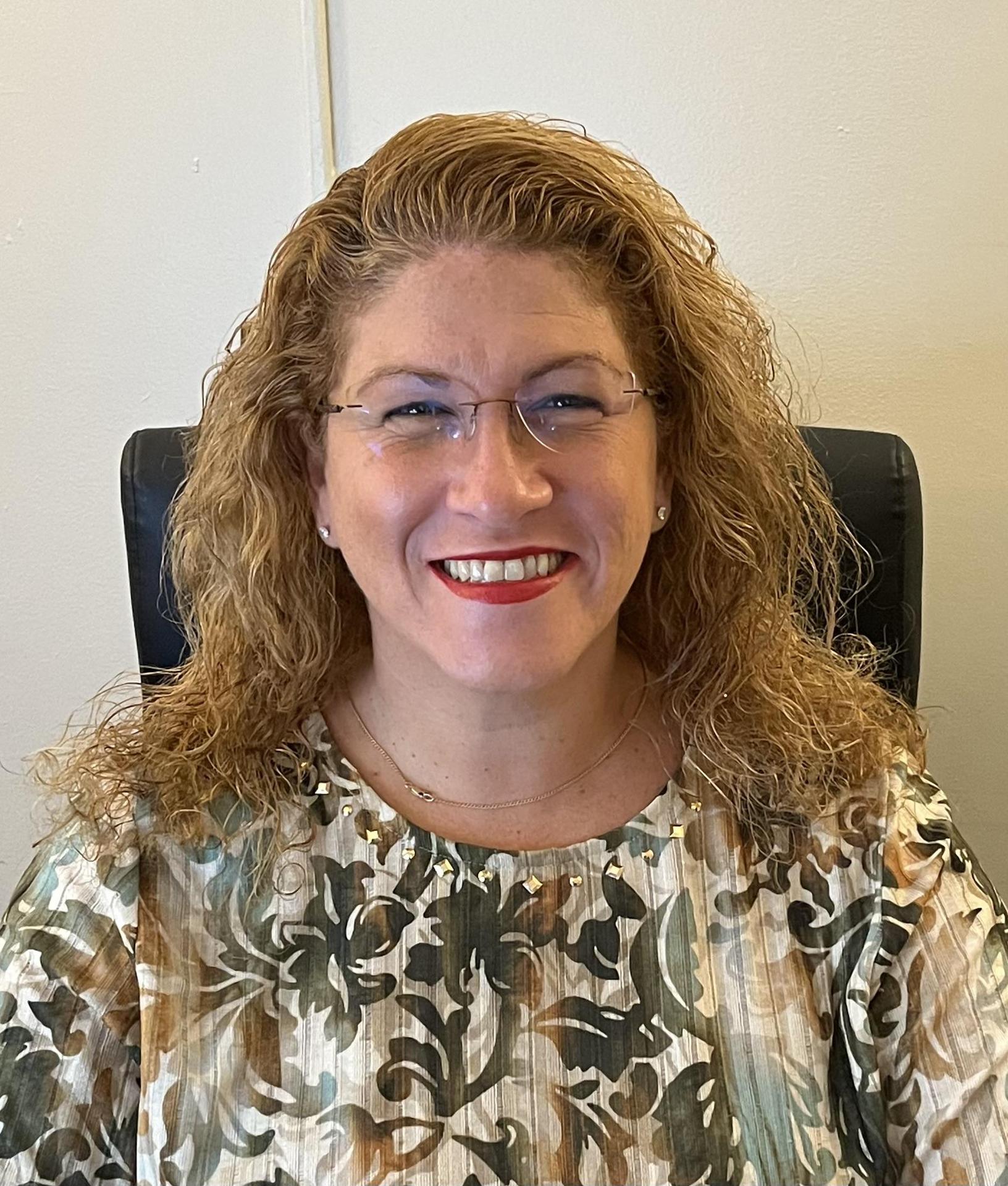 Dr. Riser assumed the position of Acting Superintendent of Schools in August of 2021. She was appointed as the Director of Curriculum and Instruction on July 17, 2017 and also served as the Acting High School Principal in April-July of 2018. She previously served as the Supervisor of Science, Family/Consumer Science, Business and Art and on an educational consulting committee for Measurement Inc. and the NJ Department of Education for the NJ-ASK 4 Science and Biology Competency Tests. Earlier in her career, she served as a Department Chair and Facilitator for both the secondary science and mathematics departments.

Dr. Riser began her educational career as a Secaucus High School biology teacher in September 2000 and taught science for 13 years in the district. She earned her B.S in Biology at Stockton University, her M.S. in Anatomy/Physiology at Rutgers University, her Ed.D. in Supervision in Science Education at Teachers College, Columbia University, and her Principal and School Administrator certification through the Foundation for Educational Administration.  In 2008, using the work from her doctoral dissertation, she published a book -  Enacting Inquiry-Based Science Curricula: A Comprehensive Middle-School Study. Dr. Riser has also presented at state educational conventions related to the effective use of technology in general and special education.

Dr. Riser resides in Rutherford, NJ with her husband and two children. 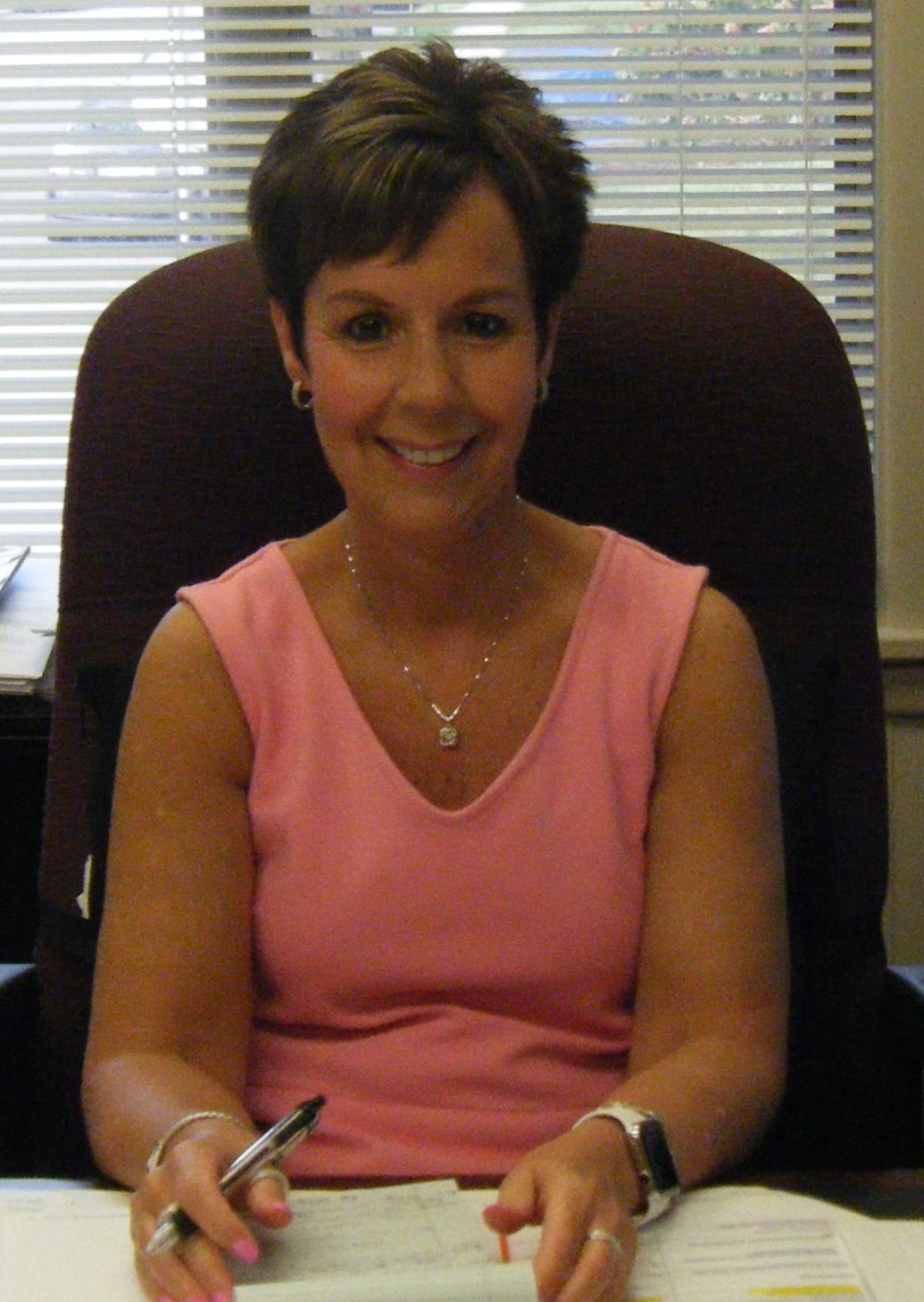 Ms. Yeo received both her B.S and M.S. in Accounting from St. Peters University in Jersey City and resides in Secaucus with her family. 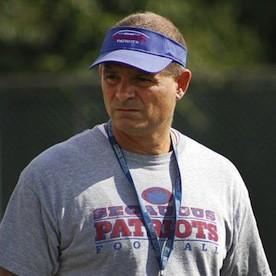 Mr. Charles Voorhees is SPSD’s Director of Athletics, Physical Education and Health.  He was hired by the SPSD in 1995 as a High School Math teacher. Mr. Voorhees was awarded Teacher of the Year in 1998, and served as a Character Education Coordinator from 2005 to 2011.  In 2011, Mr. Voorhees was appointed to his current position.

Mr. Voorhees has served as the Head Coach of the Secaucus High School Football team since 1999 and in 20 seasons has 119 wins and 80 losses with six consecutive league championships - from 2006 to 2011.  Mr. Voorhees has been honored as Coach of the Year for the BCSL, NJIC and Hudson County, and was named Athletic Director of the Year in 2015. He is a member of the NJSIAA Football Committee and the Chairman of the NJIC Football Committee.  He is also a member of the NJIC Realignment Committee and the NJIC Facilities Committee. Mr. Voorhees was an Assistant Football Coach for Secaucus High School from 1988 to 1990, St. Peter’s Prep in 1991 and Jersey City State College in 1992.

After graduating from Secaucus High School, Mr. Voorhees attended Muhlenberg College where he received his B.A. in Accounting.  While at Muhlenberg, he was a four-year varsity letterman in football and was a member of the Centennial Conference Championship teams in 1983 and 1986.  He was nominated First Team All Conference as a Running Back and was given the Most Courageous Player Award in 1986. Additionally, during his time at Muhlenberg, he was a member of Phi Kappa Tau Fraternity and Vice President of the college’s Chess Club.  Mr. Voorhees has two masters degrees: the first is from Jersey City State College in Mathematics Education, which he received in 1994 and the second is from Saint Peter’s College in Administration and Supervision, which he received in 2002.

Before beginning his teaching career Mr. Voorhees worked at Hartz Mountain Industries as a Project Manager and is a member of the Carpenter’s Union Local #6 and Local #253.

Mr. Voorhees resides in Midland Park; he is married to his wife Teresa and has two sons, CJ and Eric.

INTERIM DIRECTOR OF CURRICULUM AND INSTRUCTION 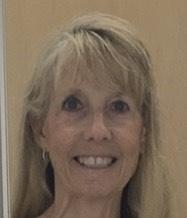 Dr. Rovtar joins the district for the 2022-2023 school year as Interim Director of Curriculum and Instruction.  At the conclusion of the 2021-2022 school year, she retired from the position of Superintendent of the Montville Township Public Schools.  During her 42 years in public education, Dr. Rovtar spent 18 years as a district superintendent or assistant superintendent, worked for the New Jersey Department of Education as the Morris County School Business Administrator and Morris County Superintendent of Schools for a decade and spent a number of years as a local district school business administrator.  She began her career as a middle and high school teacher of French.

Dr. Rovtar enjoys traveling and running.  She has completed 23 marathons, including 11 Boston marathons.  She resides in Basking Ridge with her husband.  She has two adult children and three grandchildren.

Mr. Robert Valente became a Principal in August 2013 and Principal of Huber Street School in July 2018. He began his teaching career in April 1999 at a charter school in Jersey City as a Fifth Grade teacher. Mr. Valente returned to his hometown of Secaucus in September, 2000. During his 13 years as a teacher at Clarendon School, he taught Grades Four and Six, and was hired to be the very first Math Coach in the school’s history .

Mr. Valente has coached middle school basketball and high school softball. He resides in Secaucus with his wife, two children, and dog. 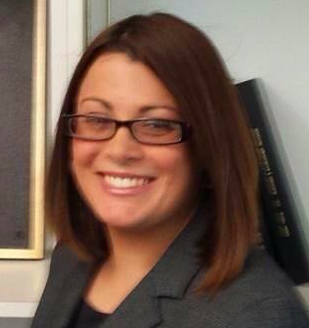 Dr. Danielle Garzon was appointed as Clarendon School Principal, September 2019. She joined the Secaucus School District in 2016 as the Pre-K through Grade 5 Supervisor of Elementary Education and Testing.

Dr. Garzon began her career in the Jersey City Public School District as an elementary education teacher and continued to take on multiple roles such as K-8 curriculum coach, mentor, staff developer, NJDOE achievement coach, and NJEA/ECET2 presenter. During her tenure in the district, she was selected as the 2016 New Jersey Governor’s Hudson County Educator of the Year and the National VIP Women of the Year. Dr. Garzon was chosen as a Teach to Lead recipient and served as a subcommittee member to revise the New Jersey Student Learning Standards. Dr. Garzon received a Bachelor’s degree from Montclair State University, a Master’s degree from New Jersey City University, and a Doctorate from Seton Hall University. 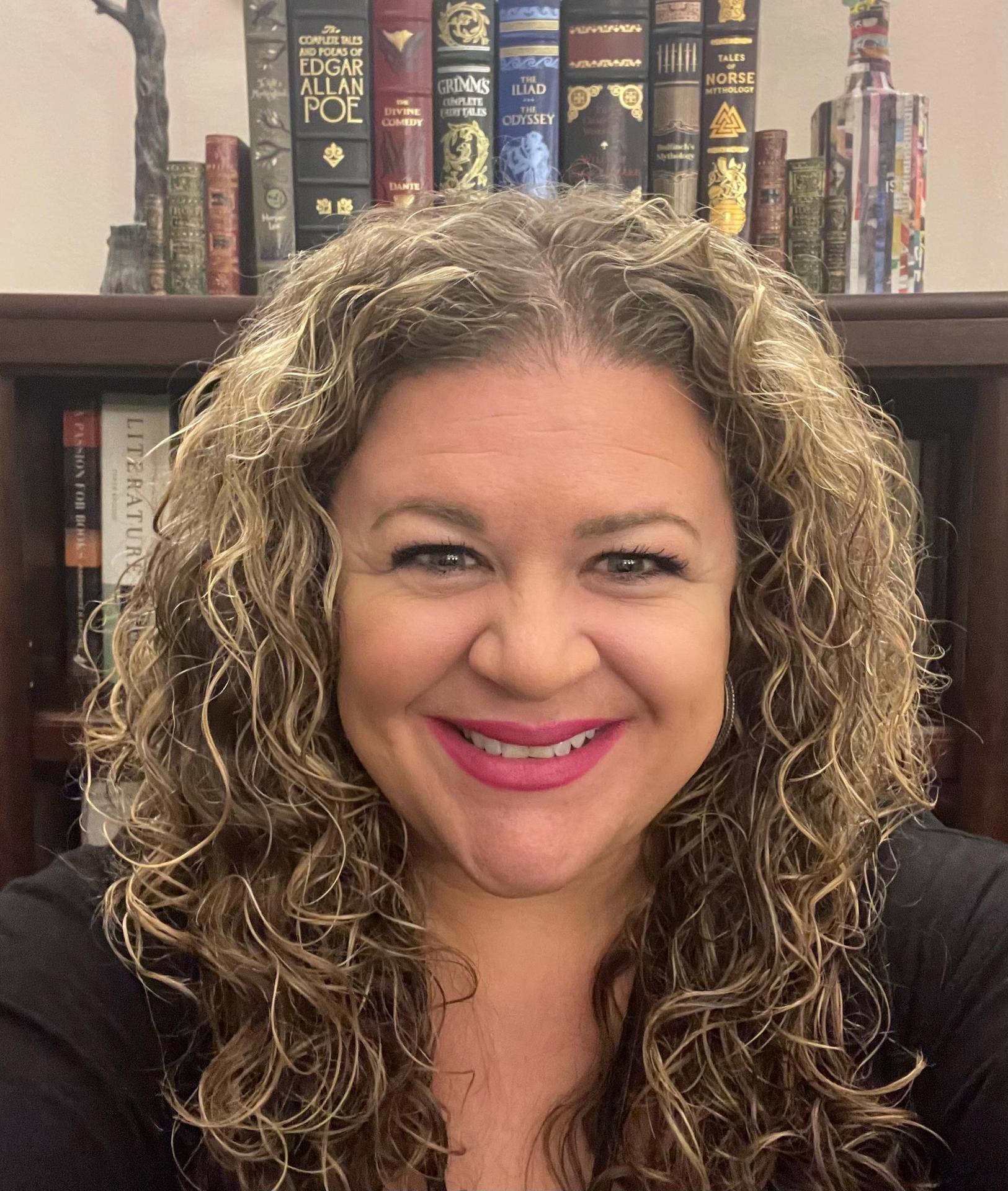 Ms. Christine Candela is a graduate of The College of New Jersey where she pursued a double major in English and Secondary Education. She then earned her M.Ed. in Administration and Supervision from Montclair State University. She was hired in 2001 by the SPSD where she taught both middle and high school English.

In 2010 she was selected as Secaucus Middle School’s Teacher of the Year and became the Freshman Transition Coordinator at the high school. For the next four years she taught all levels of high school English, including Advanced Placement Literature and Composition, and was the co-advisor for the Class of 2014.

Ms. Candela was the District Supervisor of English and Social Studies for four years and was appointed as Middle School Principal July 2018.

Mr. Steven Viggiani became principal in July of 2014 and principal of the High School in July 2018. He is a certified Learning Disabilities Consultant and was previously a member of the Child Study Team at Secaucus High School and Middle School. At the same time, Mr. Viggiani served as a district technology coordinator for the special education department. Earlier in his teaching career he taught at both the elementary and high school level as a special education teacher.

Mr. Viggiani resides in Emerson; he is married and has two daughters. 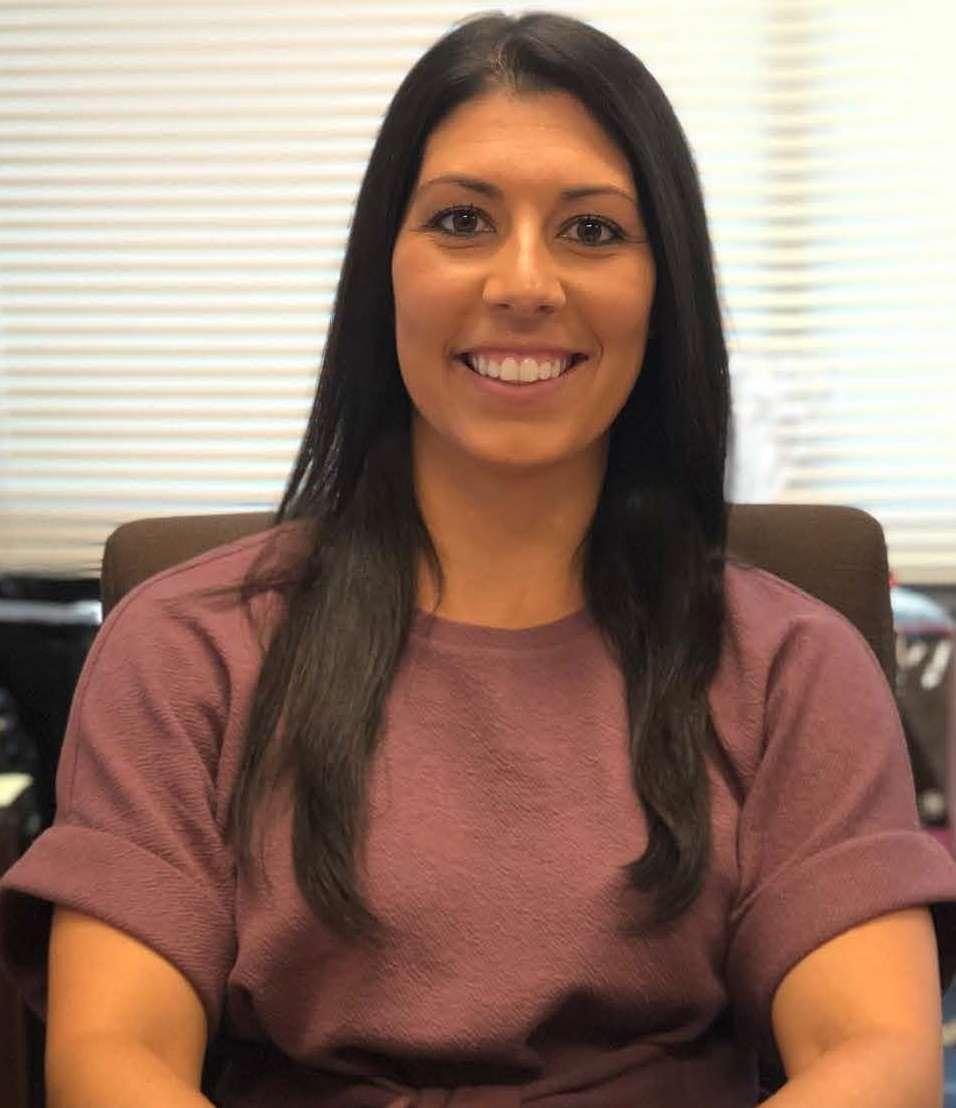 In 2015-2016 she was selected as Secaucus Middle School’s Teacher of the Year. Mrs. Wargocki was also the Class of 2011 and the Class of 2015 advisor and the Head Varsity Softball Coach. She has also been a guest speaker at the NJEA Convention, at Rutgers University for the National Council for Social Studies and her students were recently featured in an HBO documentary about the events of September 11, 2001.

Mrs. Wargocki was hired as the Secaucus High School Assistant Principal in 2018. 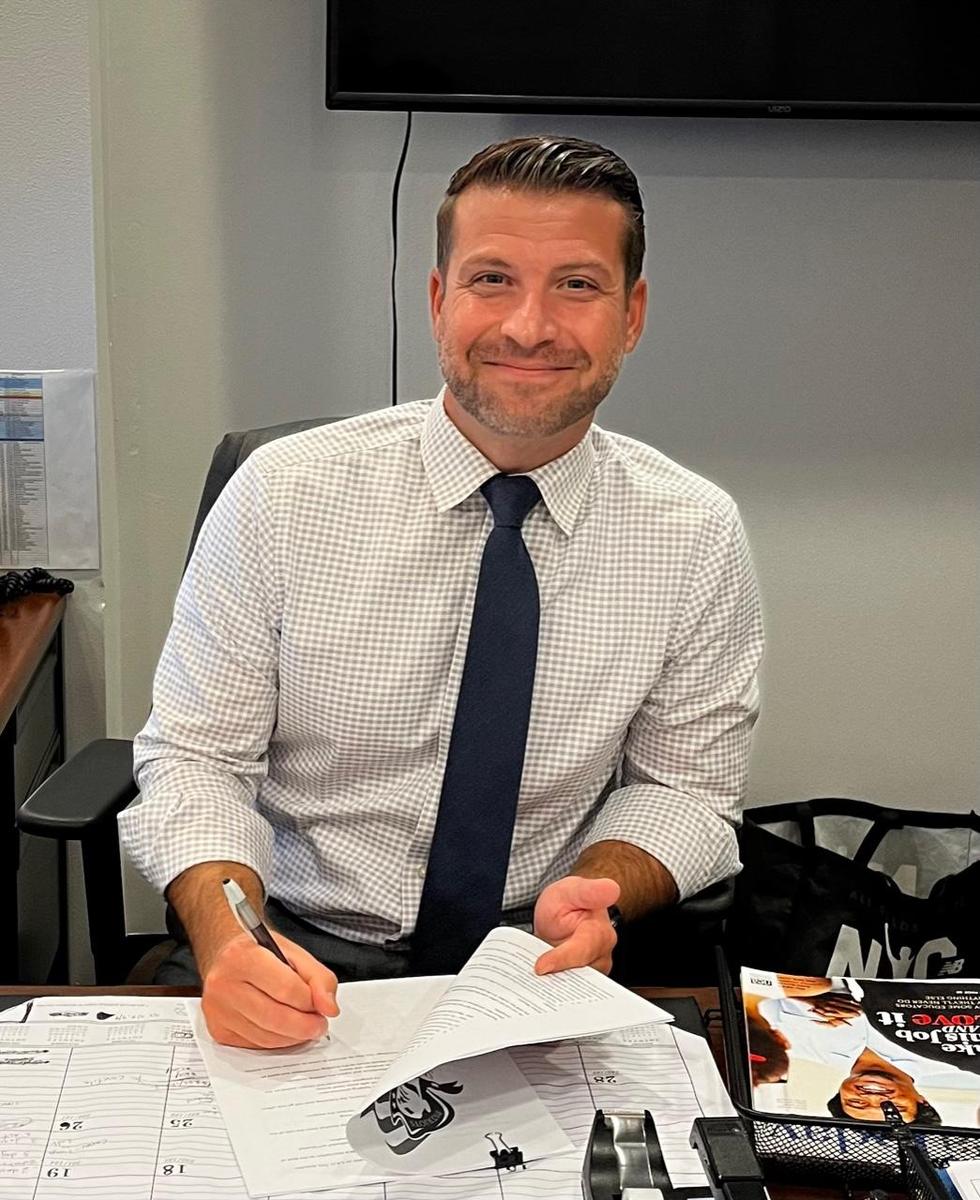 Mr. Pasquale (Pat) Cocucci is a graduate of Montclair State University, where he majored in Business with a concentration in Marketing. He later earned his alternate route certification in teaching and was subsequently hired by the Secaucus Public School District in 2013.

Mr. Cocucci later went on to pursue his Master’s Degree in Administration and Leadership from Georgian Court Unversity.

Throughout his educational career, Mr. Cocucci has taught both Mathematics and Finance at the middle school level, as well as Marketing at the high school level. In addition, he has served as a coach for the Secaucus High School Track & Field team, as well as an advisor for various clubs and organizations, including the Junior Math Club, Character Education Club, and Boys Group.

During the 2021-2022 school year, Mr. Cocucci was awarded the Secaucus Middle School Teacher of the Year.

Mr. Cocucci is a proud alumnus of the Secaucus Public School District. 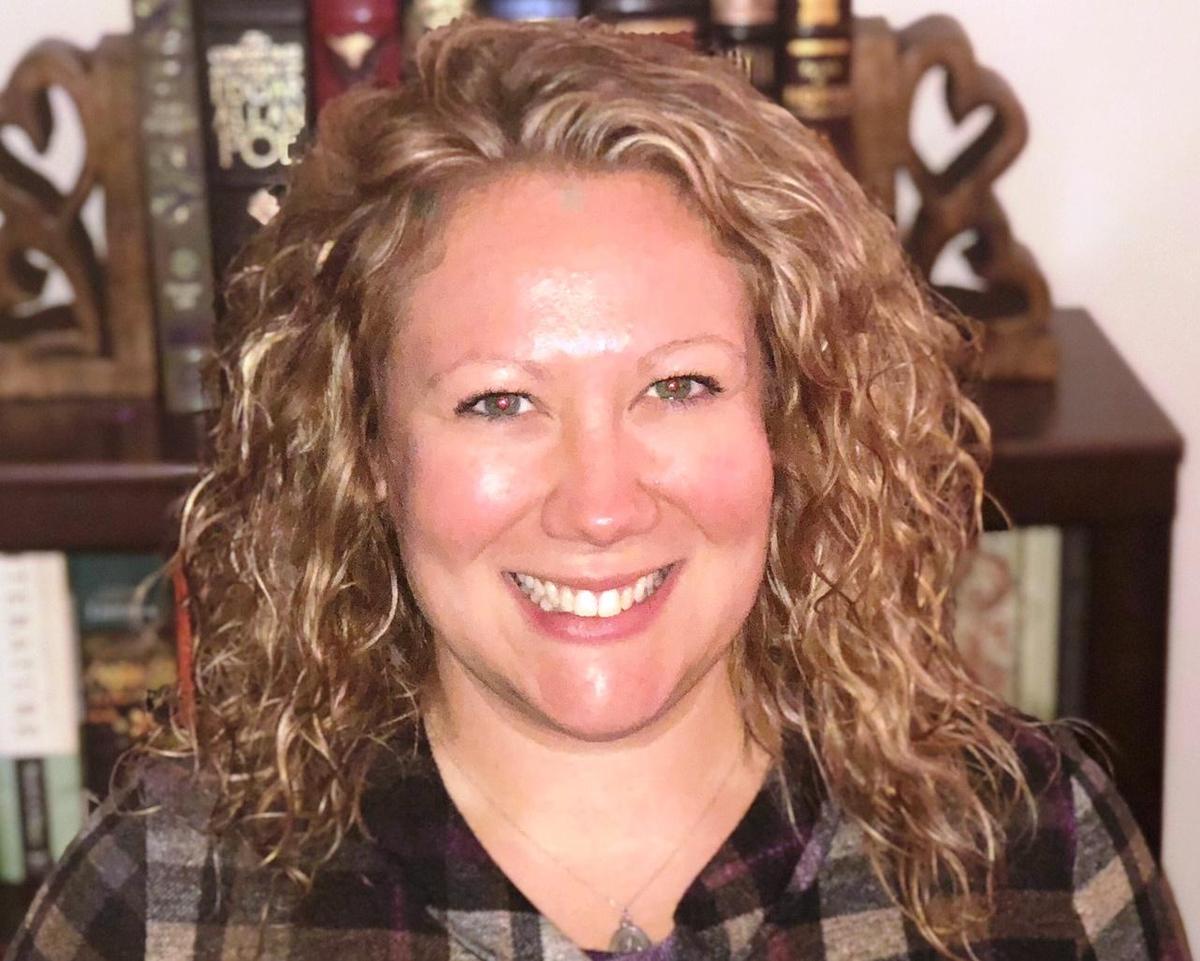 Ms. Allison Cunniff graduated Saint Peter’s University in 2005 with a major in English Literature and a double minor in Secondary Education and Mathematics, and in 2010 with her Masters in Educational Leadership.

Ms. Cunniff completed her student teaching in Secaucus in 2004 and was hired by the Secaucus Public School District in 2008 as an English teacher for the Middle School and High School.  Ms. Cunniff taught all levels of ELA including Advanced Placement English Literature and Composition. Ms. Cunniff was the Secaucus Middle School Teacher of the year in 2013 and previously served as the advisor for MS Drama Club, MS Character Club, Class of 2014 advisor, and MS Girls Soccer Coach.

Ms. Cunniff was hired as the Supervisor of Humanities in 2018. 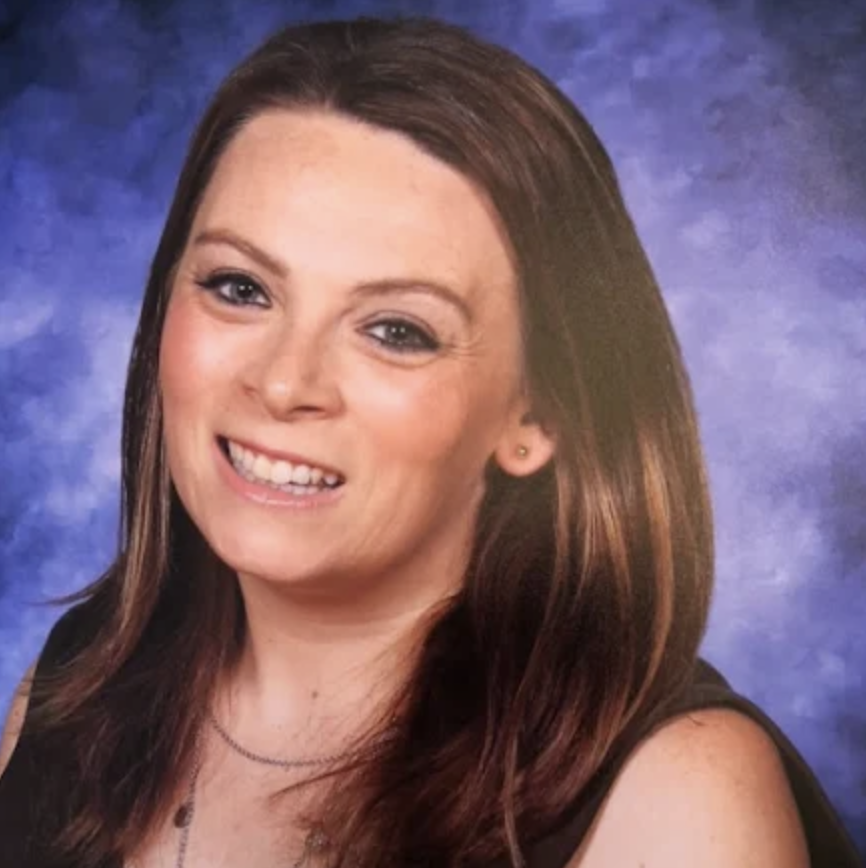 Mrs. Goldsack is the SPSD’s Supervisor of Special Services. Mrs. Goldsack graduated from Montclair State University with a B.A. in History in 2005, and in 2007 with a M.A. in Teaching, as well as dual certification in grades K-6 / Students with Disabilities, and a Supervisor Certification.


While completing the dual certification program at Montclair State, Mrs. Goldsack received training and worked as an Applied Behavior Analysis (ABA)  assistant, then K-8 Resource teacher in Morristown and Jersey City. At the completion of student teaching, Mrs. Goldsack was hired by Montclair Public Schools and  taught in the Special Education Department for seven years. Mrs. Goldsack transitioned to the Secaucus Public School District in 2014 where she taught in both general and special education settings before becoming the SPSD’s Learning Disabilities Teaching Consultant (LDT-C) and part of the Child Study Team as a Case Manager. Mrs. Goldsack obtained her LDT-C certification from Felician University where she also serves as an adjunct professor in the School of Education. 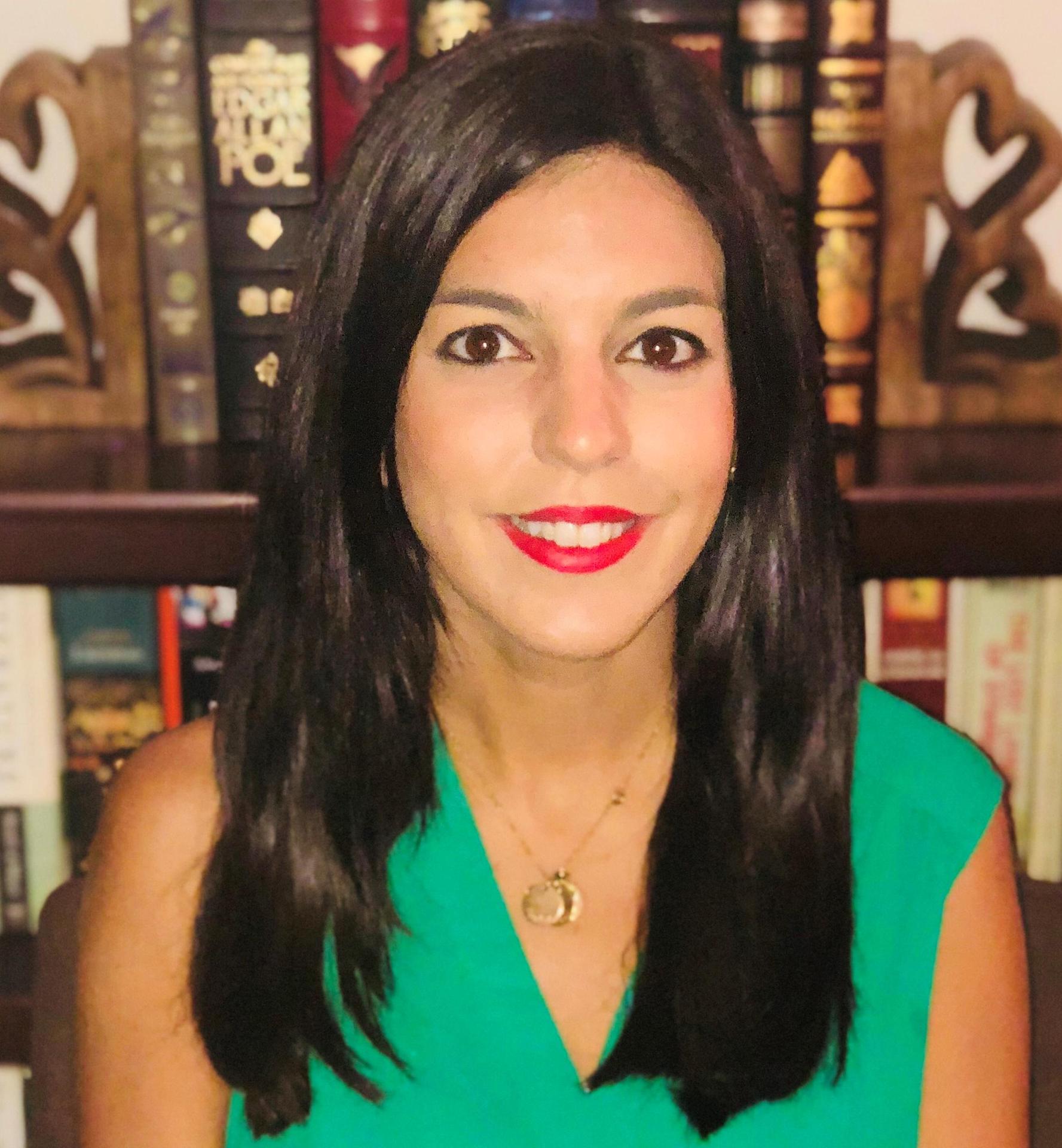 
Mrs. Amanda Trombetta is SPSD's Supervisor of STEM. She also serves as a member of the Hudson County Schools of Technology Board of Education. Earlier in her career she served as a high school mathematics teacher.Mrs. Trombetta was hired in 2009 by the SPSD and taught mathematics for five years at the high school level. She earned her B.S. in Mathematics at Montclair State University, and her M.Ed. in Curriculum and Learning at William Paterson University. At the graduate level her concentration was in teaching elementary children mathematics and her thesis research focused on teaching mathematics to students with learning disabilities.  Mrs. Trombetta is a Secaucus High School alumna and resides in Secaucus with her husband Michael and three children, Peyton, Michael, and Joseph. 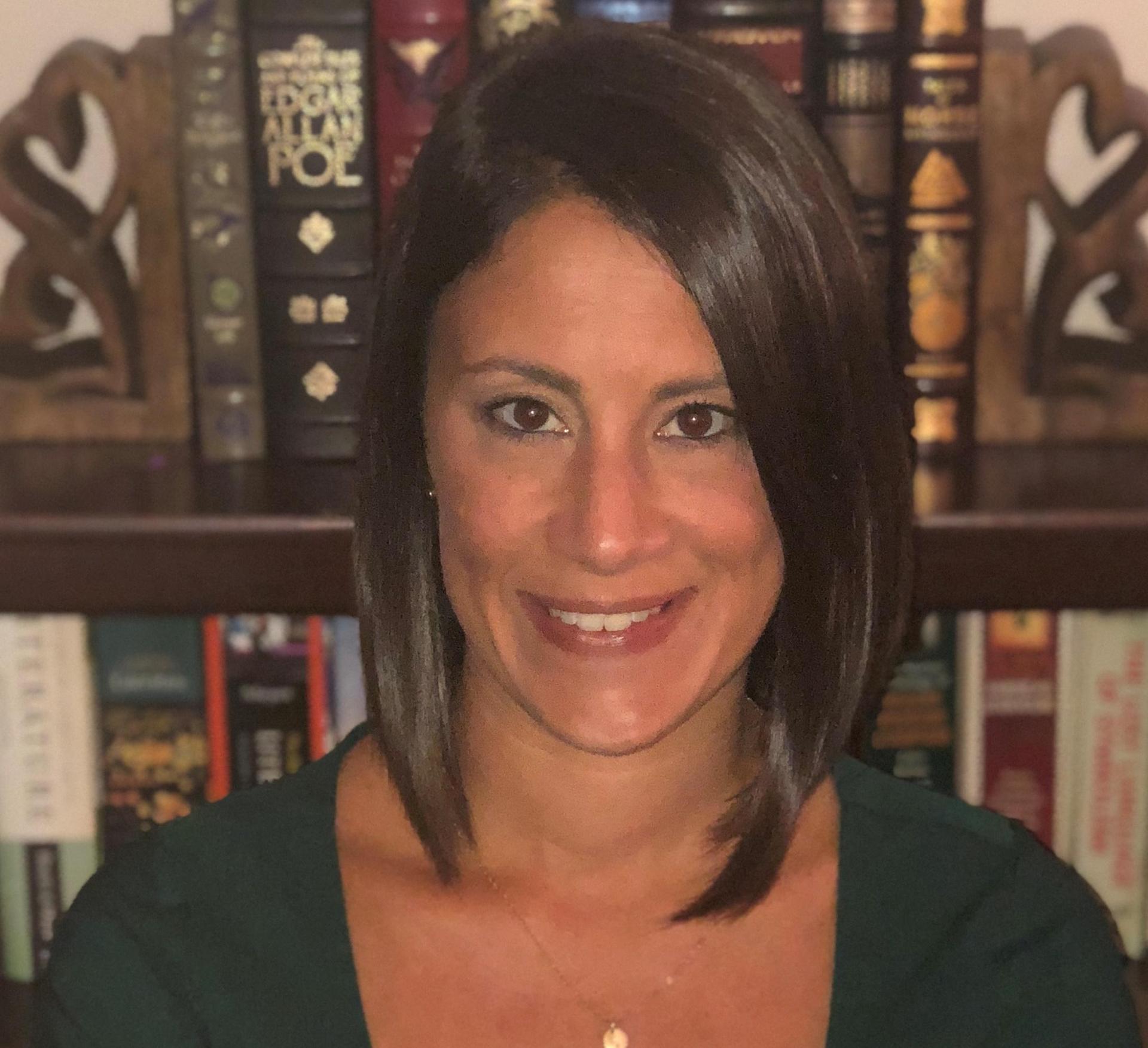 Mrs. Christina Wiswesser (Calabrese)  is a 2004 graduate of The College of New Jersey where she pursued a double major in English and Secondary Education.  She then earned her M.A. in Counseling from New Jersey City University in 2009 and earned an endorsement to teach Psychology.

She was also the Head Varsity Cheerleading coach at SHS for ten years.

Mrs. Wiswesser was hired as the Supervisor of Guidance, Business, Family/Consumer Science, Music, and World Language in 2018.

Mrs. Wiswesser resides in Pompton Plains with her husband Jason and two children. 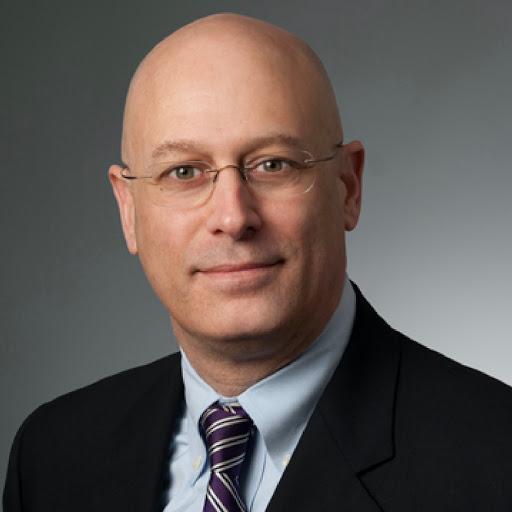 Dr. Kaiser started his career in education as a physics professor at the University of Texas at Arlington. He then transitioned to the business world to lead information systems organizations and projects for pharmaceutical, financial services and technology companies for 20 years. In 2012, Dr. Kaiser returned to education and physics as a teacher at Columbia High School in Maplewood, NJ, and as an instructor and curriculum writer for the New Jersey Center for Teaching and Learning.

Dr. Kaiser holds BSc and PhD degrees in Physics from the University of East Anglia in the U.K.