NOTICE OF REMOTE PARTICIPATION IN SECAUCUS BOARD OF EDUCATION MEETING ON MARCH 19, 2020

Please Support our High School Yearbook with an Ad!

We are now taking advertisements for our 2019-2020 High School Yearbook. We appreciate your support!
Published January 21, 2020 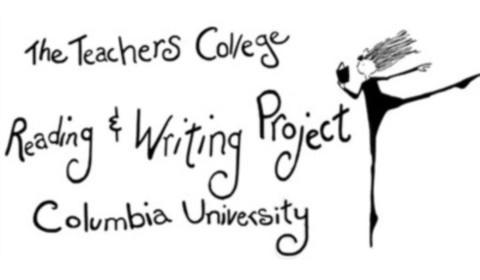 Huber Street and Clarendon will dismiss at 12:30 PM 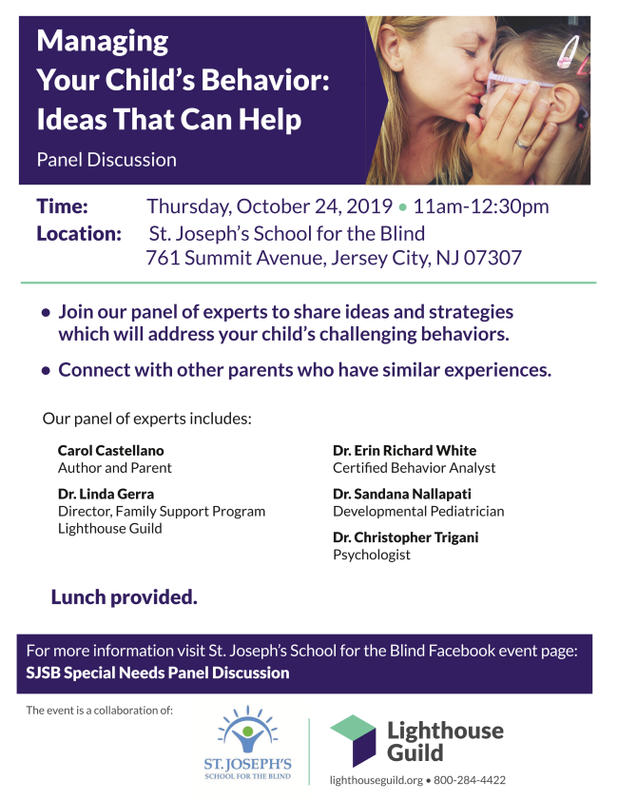 Managing Your Child's Behavior: Ideas that can Help - Panel Discussion

See the flyer for more information. 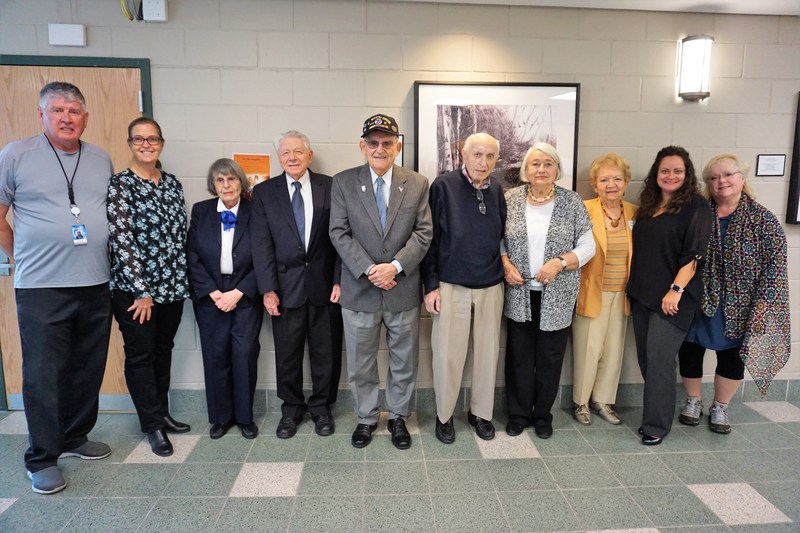 Secaucus High School held their Third Annual Day of Respect, Remembrance, and Reflection on Friday, October 20th. On this day speakers who have experienced personal tragedy and those who have lived through catastrophic events of the 20th and 21st Century, yet have resolved to make the world a better place address our students.
A number of presenters experienced the horrors of the Holocaust and shared their stories with the impressionable high school students. Alan Moskin, a member of General Patton’s Army, described his experiences as his company liberated the Gunskirchen Concentration Camp; Dr. Norbert Bikales shared his story of being expelled from school for being Jewish and leaving Germany as a 9 year-old through Kindertransport, although his parents were sadly murdered in a concentration camp. His wife, Gerda Bikales, shared her ordeal of witnessing the terror of Kristallnacht in 1938 and fleeing Germany with her Mother through Belgium, France, and Switzerland to escape the Nazi Regime. Ray Fishler spoke of being held in the concentration camp Krakow-Plasrow, the setting for the movie, “Schindler’s List.” Out of eight family members, he was sadly the only one left after the war. Rosa Sirota shared her harrowing ordeal of hiding out under assumed names with Ukrainian peasants as a Hidden Child of the Holocaust, and Maren Friedman, one of the few surviving Jews in Germany during the holocaust, spoke of the hardships she faced as a child of mixed heritage, with a German Father and a Jewish Mother.
In the photograph above, guest presenters Gerda Bikales, Dr. Norbert Bikales, Alan Moskin, Ray Fischler, Maren Friedman, and Rosa Sirota pose for a picture prior to their presentations with Board of Education Members Jack McStowe, Kathy O’Connell, Ruby Pantoliano, and Sharon Dellafave.
Published October 21, 2017 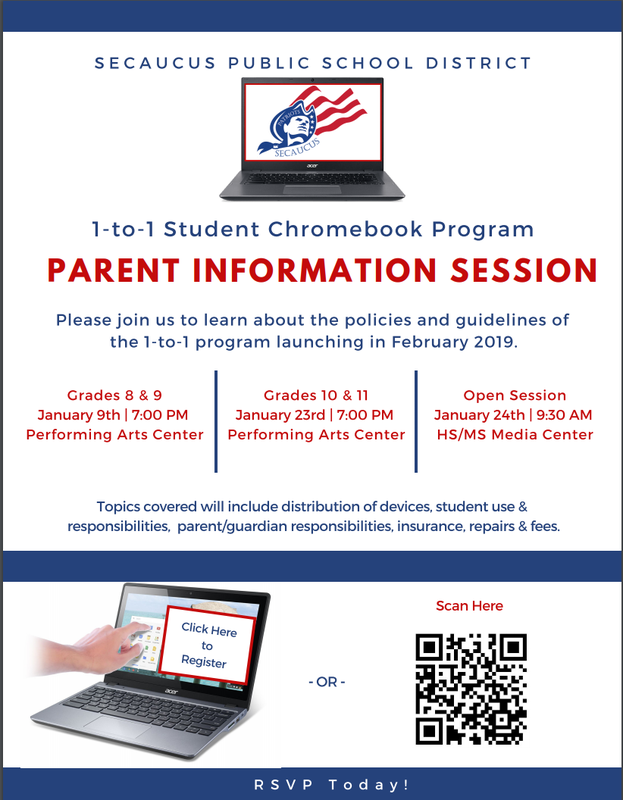 The District will introduce its One-to-One Chromebook program in January 2019. The pilot will focus on grades 8 to 11 during the third and fourth marking periods of this academic year. Please see the linked flyer to schedule your attendance at one of the information sessions in January.
Published December 13, 2018

Please join us in the Media Center on November 27th at 7:00 pm for an information session on our Middle/High School Title 1 Basic Skills program!
Published November 14, 2018